The State of Idaho has been continuing to attract firearms related industries. We published the following article a few years back and we are in the process of updating this report with new developments. The biggest question is when and where will a new gun range be developed in North Idaho? There are great opportunities in Kootenai County with a large number of potential users in nearby Spokane, a regional airport and other recreational activities.

The biggest obstacle, we have been told, are bureaucrats, who have even obstructed local police agencies from constructing a gun range intended to be shared by the five North Idaho Panhandle Counties. Who will step up and provide the political and business leadership to make this a reality for the police and the public?

In September of 2013, the Idaho Firearm and Accessories Manufacturers’ Association announced that Idaho needs to find new workers for its $500 million firearms and ammunition industries. Idaho presently has an expanding manufacturing base for guns and ammo that cannot expand without a skilled workforce.

Jeff Sayer, director of the Idaho Department of Commerce, told a forum at Boise State University that one Idaho manufacturer would triple in size if it could hire more machinists with gun manufacturing skills. The Idaho Department of Commerce was at the 2014 Shot Show in Las Vegas along with Idaho manufacturers like MGM Targets, Nightforce Optics, Buck Knives, ATK, Integrity Ballistics, Riverman Gun Works and Unique ARs, to name a few of the many exhibitors and businesses that booth space with Idaho Commerce.

The Idaho Constitution and state statutes provide a protection for Idaho firearms and ammunition manufacturers that protects the industry from the kind of lawsuits that are designed to wear down manufacturers and drive up the price of the product for gun owners. This may be part of the reason that the state of Idaho has seen 50% growth of firearms and ammunition manufacturing over the last 10 years. Additionally, the largest producer of .22 and .223 caliber ammunition in the nation, CCI, a brand within the ATK Sporting Group, is located in Lewiston, Idaho. 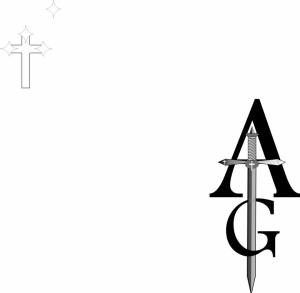 There are also over 2 dozen manufacturers of custom arms, aftermarket parts, and specialized ammunition. For example, Riverman Gun Works, located in Coeur d’Alene is a manufacturer of MP5 Clones, ARs, custom 1911’s and a spring-loaded bolt action rifle which disassembles in two easy steps.

The Modular Breakdown Rifle can convert to multiple calibers. I visited their shop recently and picking up and handling their custom built AR-style rifles is a pleasure that will be understood by anyone that appreciates modern sporting rifles.

Knife companies are also finding Idaho to be hospitable to manufacturing. Buck Knives, also mentioned above, relocated to Post Falls after years in the San Diego area and even brought many of its workers from California several years ago.

MGM Targets of Caldwell was hosting the MGM Ironman 3-Gun Competition in Parma, Idaho every year- a  premier event that brings many competitors and their sponsors in to shoot rifles, pistols and shotguns at hundreds of steel and paper targets. The shooting challenge ranges from firing from a zip line, shooting while running through trenches and firing while perched on top of a tower. Targets for the Ironman 3-Gun Match are arranged from close-quarters battle formation out to hundreds of yards. The 3-day event challenges the endurance of competitors and their equipment alike.

The whole state of Idaho is benefiting as more manufacturers find their way into the state. PNW Arms relocated from Issaquah, WA, to an area 2 miles north of Potlatch. The City of Potlatch has now announced that guns are a natural fit for its economic development plan. The City is working on converting the old Potlatch mill into a location for firearms-related manufacturing and other outdoor recreation companies. There may even be gun shops and residential development included in the mix!

But other states like Montana are busy doing the same thing and the competition to attract manufacturers is fierce. That is why the time has come to create venues that will offer the potential to showcase shooting sports in ways that make the world stand up and take notice.

“Shooting while dangling from a zip line two stories up in the air is something folks will pay to see and experience. Add some full-automatic weapons and moving targets that simulate real-life tactical scenarios and every Competitor, enthusiast and gun manufacturer in the world will sit up and take notice.”

It starts with a friendly business environment and the vision to make things happen. But Idaho schools also need to make sure students drill down on reading, writing and arithmetic. Vocational programs at all levels that include specialized machinist courses, gunsmithing and other manufacturing skills will balance out the equation for Idaho’s prosperity during a time that has seen much of the rest of the world in the doldrums.