Physical Control and DUI in Washington State. What is the difference between a charge of Physical Control of Vehicle and DUI in Washington state? The State needs to prove that you were driving while impaired in a DUI case. However, the Prosecutor does not need to prove you were driving or even behind the wheel in a Physical Control case. Although in either case the Prosecutor has to prove you are impaired by alcohol and/or drugs, he only has to show that you were in control of the vehicle. Depending on the circumstances, that can mean being outside the vehicle with the keys in your hand while you are impaired. Additionally, a criminal defense attorney will explain that even if you have not reached the statutory ,08 BAC level, you can still be convicted of DUI- provided that the Prosecutor can convince the judge or jury that you are impaired. 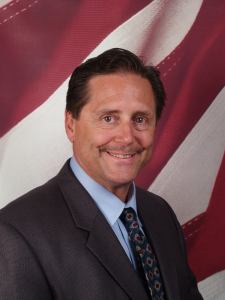 Results of BAC Tests. Even with a low BAC or no breath test, the officer will describe your condition with details that may help to convict you. Law Enforcement Officers are trained to testify in a manner that is most likely to convince a judge or a jury that you were driving while impaired. If there is .08 BAC, the court will instruct the jury to presume you were impaired and the defense attorney now has to show that the Breathalyzer machine was not functioning properly or that the test was not administered according to proper procedures.

What if you are not driving or even behind the wheel? So the officer arrives and suspects that you are impaired but cannot prove that you were driving. The Law Office of Mark Knapp PLLC, a Spokane area criminal defense firm, recently obtained a dismissal of a Physical Control case in Spokane District Court. The case demonstrates how different the dynamics are between defending against DUI charges and a defense where the charge is Physical Control of a Motor Vehicle.

RCW 46.04.500 defines roadway. “Roadway” is that portion of a highway improved, designed, or ordinarily used for vehicular travel, exclusive of the sidewalk or shoulder even though such sidewalk or shoulder is used by persons riding bicycles. In the event a highway includes two or more separated roadways, the term “roadway” shall refer to any such roadway separately but shall not refer to all such roadways collectively.

Case Dismissed. In the Spokane District Court case we recently got dismissed, the defendant was sleeping in a private parking lot behind a business in Liberty Lake. The engine was not running. Despite the fact that here were beer bottles in the vehicle, the BAC was less than half the legal limit.

Lack of Probable Cause. The fact that the motor was not running raises the issue of why the officer thought the Defendant was not safely off the roadway. In the City of Edmonds v. Ostby, 48 Wn.App. 867, 740 P.2d 916 (1987), the court held that, although the defendant’s vehicle was in a private parking lot, the defendant was not “safely off the roadway” because the evidence indicated that the defendant’s vehicle was not in a parking stall and that the defendant had passed out behind the wheel of his vehicle due to intoxication with the motor running and the transmission in drive.

Field Sobriety Tests Refused. The only basis for Probable Cause in our recent Spokane County District Court case was the officer’s allegation that he detected slurred sleep after he awakened the defendant out of a sound sleep. The defendant refused the Field Sobriety Tests, which he had the right to do. Therefore the Prosecutor tried to argue that the refusal provided a basis for the judge to find Probable Cause. We successfully objected that refusal does not indicate that such a refusal makes it more likely that the Defendant was impaired.

Objective criteria or Pseudo- Science? The tests provide the appearance that the officer has a scientific basis for determining that Probable Cause exists. Consequently. in reality the tests are no more objective than saying that the defendant’s speech was slurred or that he was “shit-faced.” But reciting all the details of the field sobriety testing procedures sounds very persuasive to a jury- and perhaps to a judge!

Retaliation. With apparent disregard for the defendant’s due process rights, the officer made it quite apparent that he was not happy about the defendant refusing the FST. Therefore the law enforcement officers impounded the vehicle before the breath tests were even performed. We explained the circumstances to the judge and she dismissed the case. Unfortunately, it cost the defendant $400.00 to get his vehicle returned.

Elsewhere Throughout the State. Just as in our case with a Spokane judge, the court in the Day case focused on the lack of danger to the public. On the other hand, the Ostby court (referenced above) refused to apply the holding in State v. Day. Day interpreted the “elsewhere throughout the State” language of RCW 46.61.005. The Day case acknowledged that the “elsewhere throughout the State” language could include situations where there is a threat that a driver might leave the private property and pursue a course along a public roadway. There is no statutory definition of what it means to be safely off the roadway. Thus, the jury often decides whether the Affirmative Defense applies based on all the circumstances. Nevertheless, a judge will make an initial  determination as to whether Probable Cause exists. In our case the judge made the determination at the Arraignment. WE only had to go to court one time.

The court stated in Day :

“In light of the purpose of the statutes and the unique facts herein, it would be an unreasonable exercise of police power to extend the prohibition to petitioner’s conduct. He was posing no threat to the public. This is not a case where it is logical to assume he would leave the private property and pursue a course along a public roadway.” State v. Day, 96 Wn.2d 646, 638 P.2d 546 (1981. The rationale behind the Physical Control statute is to stop drunk drivers before they become a threat to the public.”

In State v. Day, the petitioner was driving an unlicensed 1971 Ford pickup rapidly in circles in a field owned by his parents. He was not on or near a public road. He was never observed driving on a public road or driving on property where the public had a right to be. A Skagit County deputy sheriff observed the erratic behavior from a public road, entered upon the private land and arrested petitioner for driving while under the influence of alcohol and/ or drugs. Petitioner was clearly under the influence at the time of the incident. 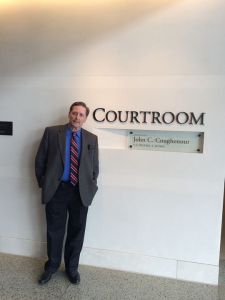 Spokane Defense Attorney. If you need a Spokane area criminal defense attorney in a DUI case or a case dealing with Physical Control of a Vehicle, Mark Knapp is an effective criminal defense lawyer with almost 30 years of experience. We focus on firearms, assault, civil rights and most criminal defense matters.